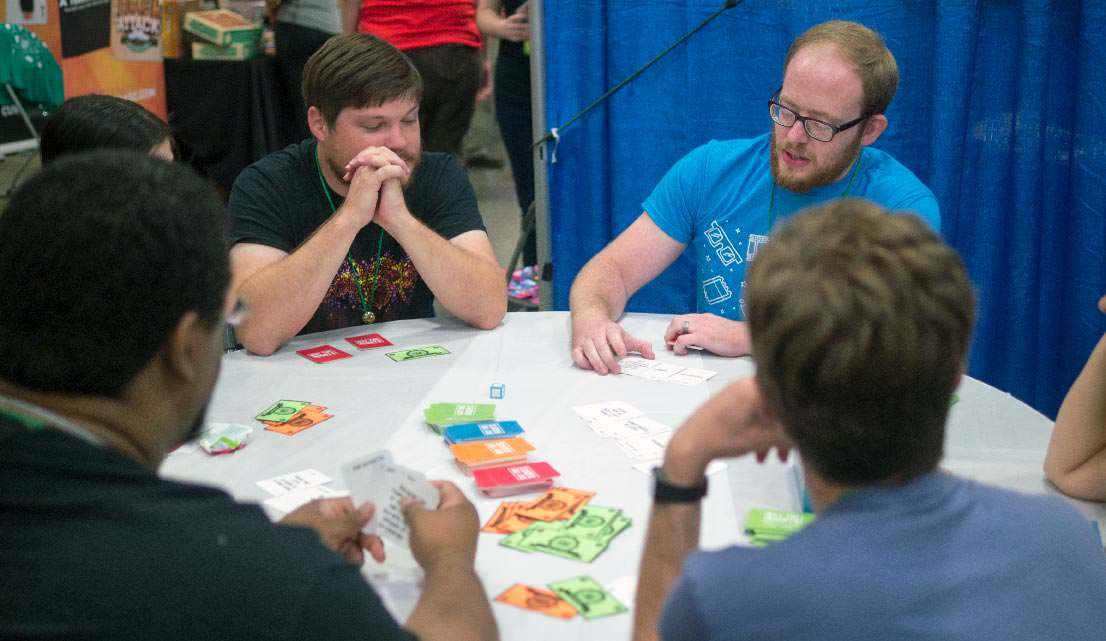 Buy The Rights was selected as a showcase game for the 2015 Boston Festival of Indie Games and we just got back from showing our game to over 100 awesome people. Everyone was so great and we got such good feedback on the game.

None of us knew what to expect from the festival but we were all amazed at how well it went. We’re all looking forward to any excuses we’ll have to travel to other cities and have events to play Buy The Rights with more people. 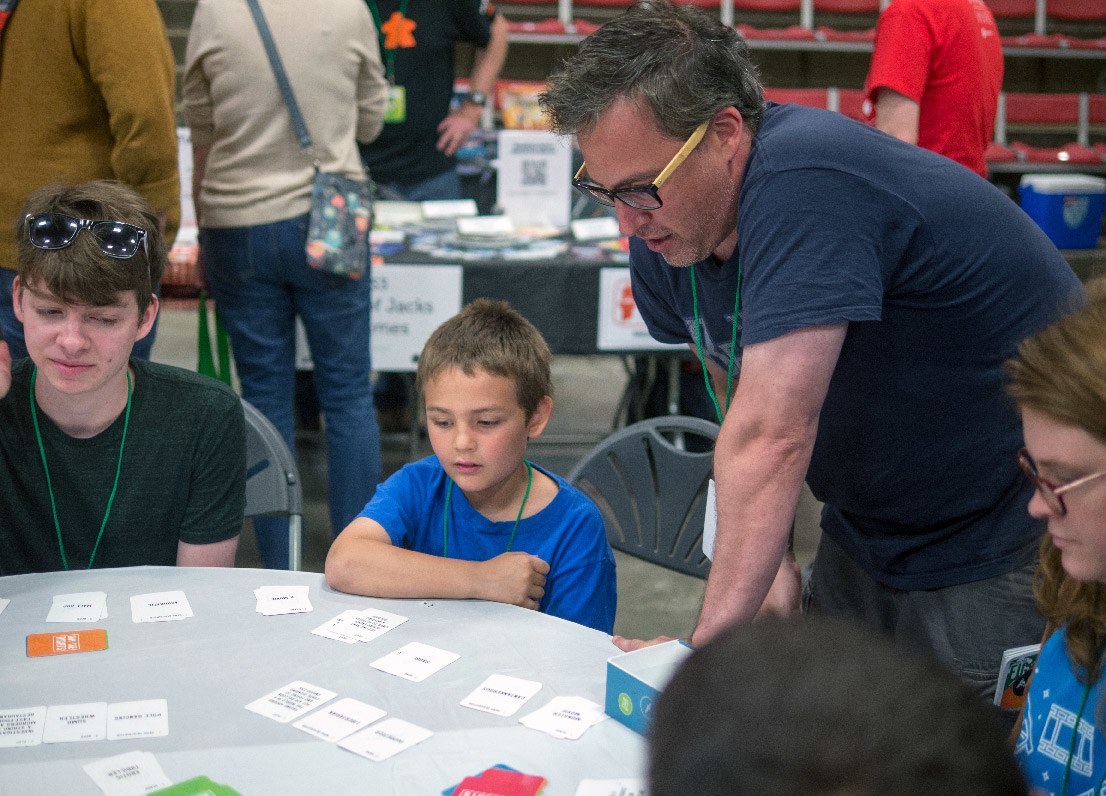 We played with all ages and the game was very well received. There were some excellent players giving hilarious pitches, and one thing it made us realize is that the tagline for the game should really be The Movie Pitching Party Game, so we’re going to roll with that from now on. 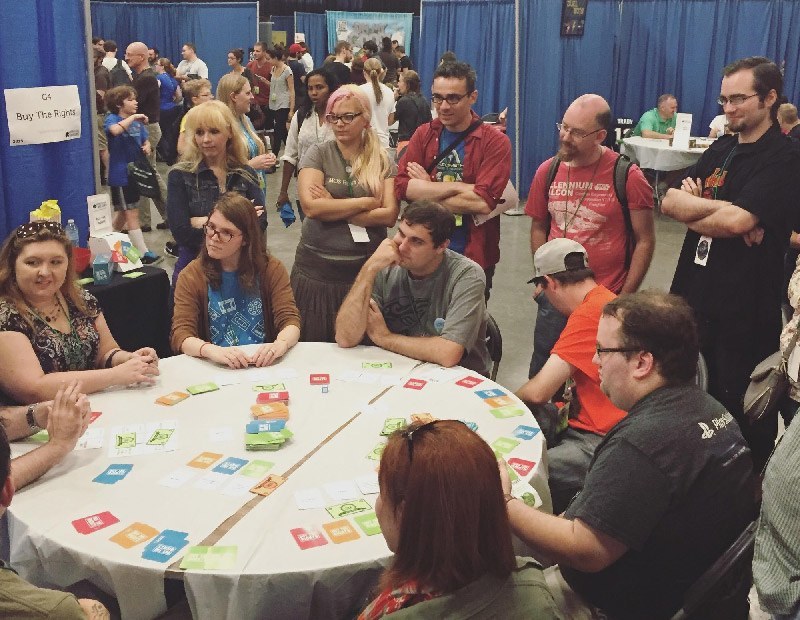 Also, a special shout-out to the Boston Bastard Brigade for interviewing me on their podcast. Thanks guys!

We have some exciting stuff coming in the next few weeks, so make sure to sign up for the mailing list below! Thanks again to all the wonderful people we met in Boston. We’ll be back!

I didn’t take as much video as I wanted, but I did upload a couple clips from Boston today. First, here’s part of an awesome pitch during a Hero showdown where the card everyone was using was Bass Player.

Next, Michelle used audience applause to determine the winner in a tie.