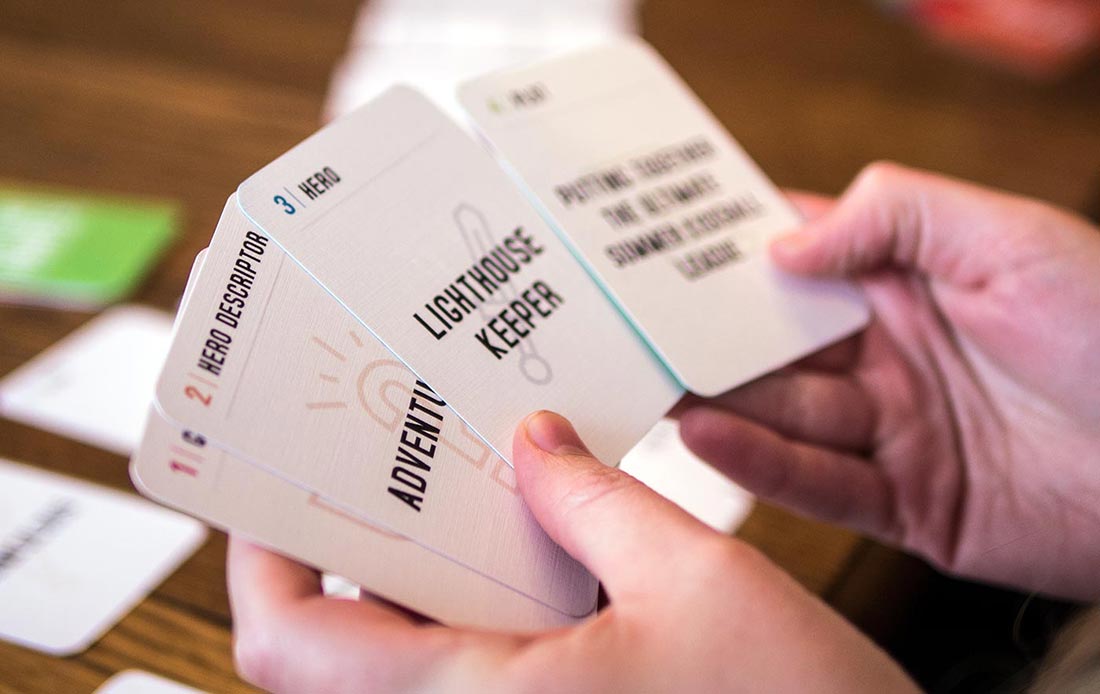 Another week, another prototype. A few days ago I received another big package from PrintPlayGames containing version 2 of the Buy the Rights prototype game. This time it’s just shy of complete by about 30 cards, but I had this version printed on their linen card stock, which is very nice. I reworded a few cards and ordered bigger boxes that are closer in size to the final version.

I had a couple of family gatherings over the weekend and took advantage of them to get some big playtests in, and they went very well! We ran several games with a very diverse group of people and everyone seemed to really enjoy the game. I also got a very funny quote from my mother that I’m very tempted to use on the Kickstarter page: 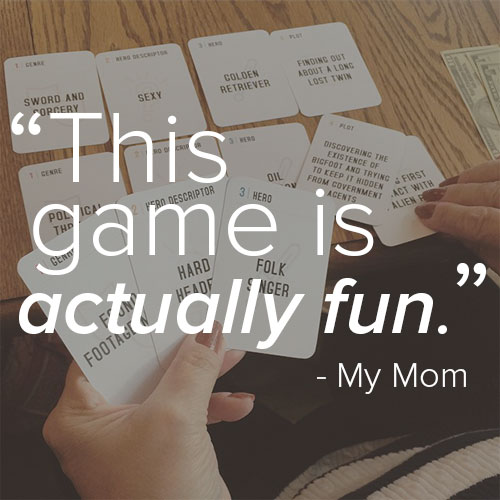 I don’t know what she was expecting, but I’m glad she ended up liking it.

I should have the full 400 cards done for the game by today or tomorrow, just in time to submit it for consideration in the Boston Festival of Indie Games. I’m working on the submission video and will post that here on the blog when it’s done! In working on all these things in the past week, here are some things I’ve learned:

The next three weeks will be pretty eventful, so stay tuned!