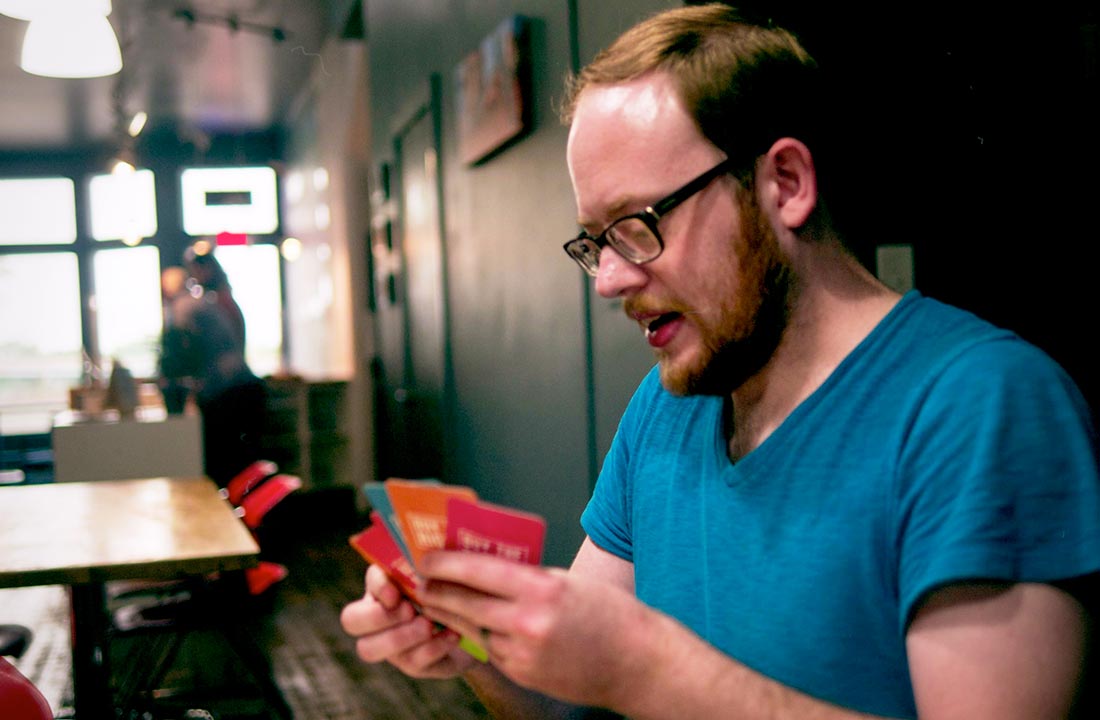 Progress on Buy The Rights continues, this time with a very important milestone for the game; our first public playtesting event. Last night we host the game night at Rocket 88 Doughnuts in Indianapolis and ran two tables of players for a few hours, and it went very well!

This was also the first time we got to play a 100% complete version of the game. We got the latest batch of prototype cards in from PrintPlayGames and it brought the total up to 400 cards for all three of our prototypes. One table had five players and the table I ran had six, and neither table ever had to shuffle a deck the whole time, and each game lasted at least 15 rounds. 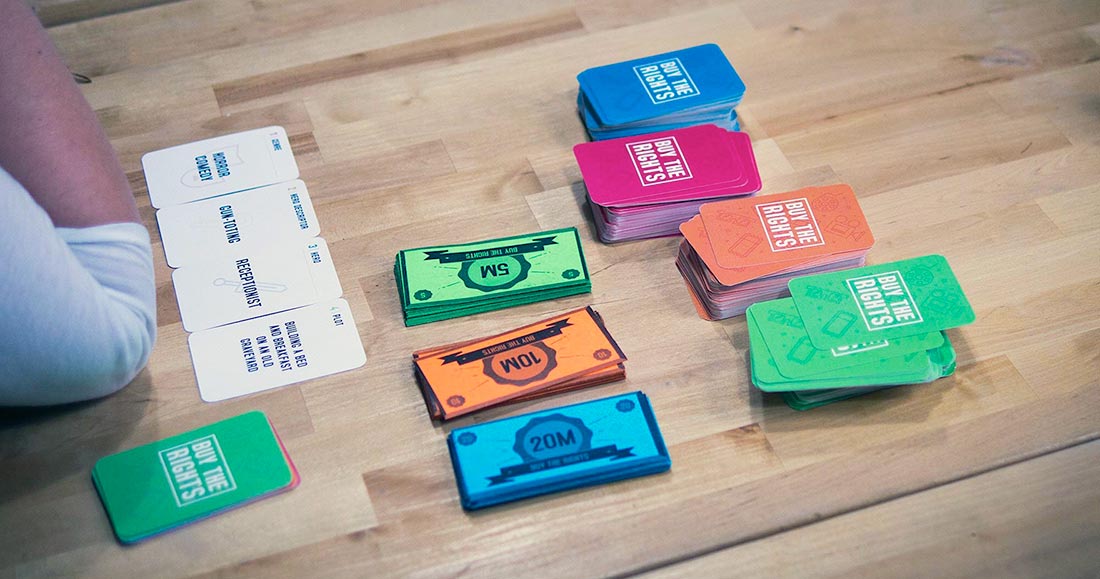 Once again, the quality of the prototypes from PrintPlay really impressed people. I couldn’t imagine trying to show someone the game with homemade prototypes. This was also the first time we got to play the game with Jason Smith’s play money design. I printed the play money on construction paper so the final version will look a lot better, but it was great finally being able to ditch the money from the educational supply store. 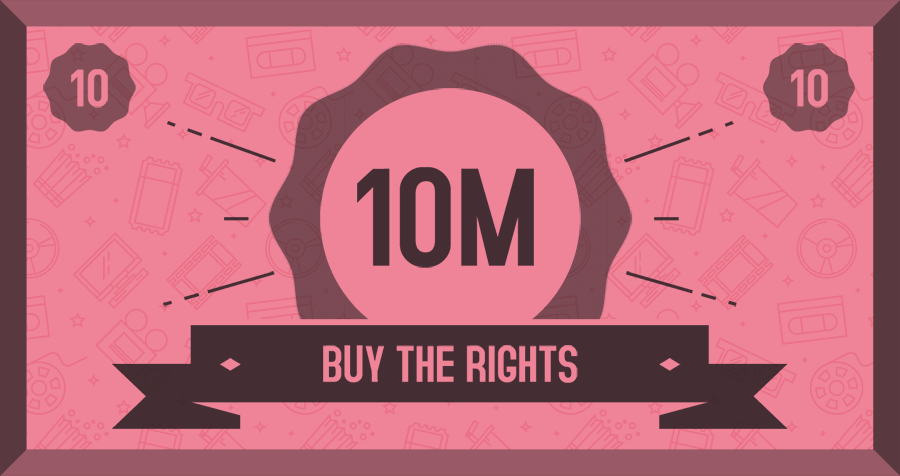 I love seeing how different people play the game differently. For example, the table my wife ran was full of high rollers. They were dishing out 10 and 20 million bills a lot more than my table. We tended to divy the budget up more and gave out a lot of fives. Also I like how the game is adaptable to different styles. We had a few people who really got into the pitching process and explained their movies a lot to the Producer.

All in all it was a success and I can’t wait to have another public event.

This week I created a video entry for the Boston Festival of Indie Games’ Tabletop Showcase. I have no idea if anything will come of that, but it was nice re-familiarizing myself with video editing. I also hired someone on Fiverr to record a voice-over promo, and edited that into a little commercial for the game. Five dollars for a professional, radio-sounding voice-over? The Internet is awesome.

It might be quiet here on the blog for a few days, we’re in the home stretch of getting this game on Kickstarter. This week I’ll be sending out prototypes for review, trying to schedule more playtesting events, and coordinating a private event to use for gathering footage for the Kickstarter video. See you soon!